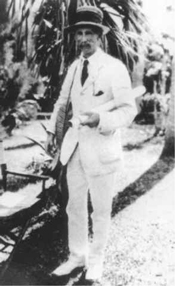 Devereux Emmet (1862-1934) was a golfer and huntsman. For two decades, he routinely bought hunting dogs in the South in the spring, trained them on Long Island through the summer, sold them in Ireland in the autumn and spent the winter hunting and golfing in the British Isles. One such winter was devoted to measuring British golf holes for his friend C.B. Macdonald, who was then planning The National Golf Links of America. Emmet was a founding Member of The National. Naturally a talented golfer, Emmet made the quarterfinals of the 1904 British Amateur and winning the Bahamas Amateur at the age of 66.

With an eye for the game, and experience playing on various courses, Emmet’s career as an architect gave way to itself with the first Golf Course he designed, the Island Golf Links (a forerunner to Garden City GC). His other early design work, including one for his own family's estate at Sherewogue and Cherry Valley, was done at no charge. But later he became a professional Golf Course architect and accepted fees for his work.

In 1929 he formed a design partnership with his associate Alfred H. Tull. Tull continued the practice on his own after Emmet's death in 1934. Among Devereux Emmet's work in New York state are Hampshire Country Club, Rockaway Hunting Club, Pelham Country Club, Leatherstocking Country Club, the Seawane Club, Leewood Golf Club, and the Green Course at Bethpage State Park (formerly known as Lenox Hills Country Club). Other courses include the original Congressional Country Club course near Washington, D.C., and Wee Burn in Darien, Connecticut.